Piece of my tart. 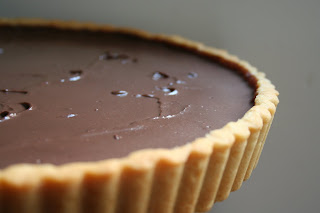 The only tart I was familiar with growing up was the shortcrust pastry filled with vanilla custard and topped with out-of-season fruits lacquered by a saccharine sweet, congealed substance that is ubiquitous at all Chinese bakeries, but seen most often at Sheng Kee establishments (I am a Norcal girl, after all). It was never that good, but my relatives somehow saw this is as a light and delicious confection (those Asians can't stomach anything too rich) featuring fresh fruit (!!) so that, along with the Mango Mousse cake, made appearances frequently. This was my first experience with tarts, and I really saw no reason to revisit this dessert as I got older. Maybe that's partly because tarts, being the more sophisticated cousin of pie, were more common on menus at nicer restaurants and bakeries than the Applebee's and Chili's that littered our suburbs, but I would still probably pass up a crumbly shortbread crust in favor of a flaky pie crust any day.

Fast forward several years and I'm at Tartine Bakery in San Francisco. Their banana cream pie has a reputation that precedes it, but it's really a tart and not so much of a pie. It's delicious at any rate, and that was the day I decided, "Maybe tarts aren't so bad." 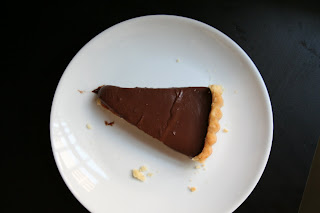 This week's Tuesdays With Dorie selection of the Chocolate-Crunched Caramel Tart by Carla of Chocolate Moosey was much like a Snickers bar in tart form, and who doesn't love a Snickers bar. The advantage of baking a tart is the ease with which one can press the crust into the pan. There's no rolling of dough or flouring of surface necessary -- just press it in and send it in to the freezer to firm up. I had never made caramel in a skillet before, but it was actually really simple and worked out well. 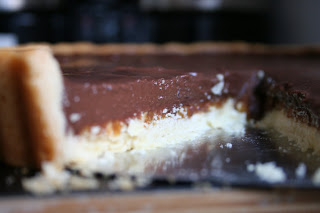 The ganache was the trickiest component of the tart because it was unexpectedly liquidy even though I measured out the heavy cream as instructed. I tried to thicken it by adding more melted chocolate, but was still worried about the consistency of it even after I put it in the fridge for 40 minutes. It all came together in the end, and didn't ooze too much when I cut into it. I didn't leave the tart out at room temperature as Dorie advised, for fear of the tart melting into a puddle, but all was as it should have been at first bite. Rich, decadent, salty, sweet -- everything I look for in a dessert. And everyone else loved it too. 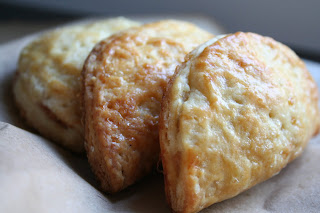 I'm one of those people that given too many options, I can never make a decision. Particularly at a good brunch, bakery, or cocktail bar, mulling can take upwards of a very long while. It isn't such a good time for people I'm with, and I feel the pressure of their anticipation (which is usually self-imposed), so I end up making a sudden selection and prepare myself for the consequences.

Last week it was at Tavern where, naturally , I insisted to the waiter that the table was ready to order, but also asked him to come to me last. Frantically, my eyes scrolled down the menu once more. Brisket hash? Bananas Fosters pancakes? Chorizo and eggs? Monkey bread, or the selection of 3 pastries from the larder??? The night before, I was no doubt being pulled in a million directions at Copa d'Oro in Santa Monica. Do I go with my current favorite, the King de Bahia, in all its cachaca-elderflower-passionfruit-jalapeno glory, something aromatic like the Centro, or request something off the menu by their talented bar staff? Maybe this is a reflection of how I live life -- unable to make decisions about simply the little things, let alone the major matters, and it is an unfortunate condition indeed. 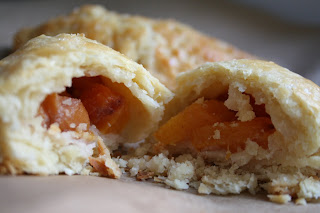 Luckily, this week's Tuesdays With Dorie recipe is endlessly adaptable. Julie of Someone's In The Kitchen selected Flaky Apple Turnovers, and of course I was tempted by all the late summer fruit at the Hollywood Farmers' Market and couldn't decide among classic apple, pear ginger, or peach ginger, so I ended up making all three kinds.

Though several members had trouble with their dough, I felt that the recipe really was quite manageable, and didn't give me any problems, save for the rather rapid softening of the dough because of the heat. I probably should have added more sugar to the fillings, and perhaps a little more fresh, minced ginger to the peach and pear varieties, but the final product was so delicious. I brought them to work, of course, and the scent of the little pockets reheating in the toaster oven drove my coworkers insane. Some people stood fast and refused any for the sake of their diets, but nearly everyone gave into at least half, with some reneging their request for half in favor of a whole after the first bite. The crust was really a vision of flakiness and such a sturdy yet tender vehicle for delicious summer fruit that I'm sure will become my new go-to turnover/pie crust/cornish pasty recipe.

It's difficult to pick a favorite, but maybe I'll say the pear as the spiciness of the ginger was most apparent. Or the peach with it's O'Henry sweetness. Or maybe just the apple because it reminds of the beautiful chaussons aux pommes in Paris?

Ah, I won't be changing anytime soon -- and with this recipe, I really won't have to.
1 comment:

The colors are a-changing!!

Summer, as Angelenos know it, has only recently gotten under way. People all over the country may herald its arrival with their Memorial Day bar-b-ques and balmy nights, but our unbearable heat has only been consistent over the past couple of weeks, and is sure to surge at least twice more before Halloween. Oh, Indian summer, is our idea of the season, but this morning at the Hollywood Farmers' Market, I caught glimpses of what the rest of the country is likely experiencing -- oranges, yellows, dark greens, oh my!

As much as I love stone fruit, and squeal when the first cherries and apricots appear, I wait on the edge of my seat for fall. Signs announcing the last week for Flavor Kings or Flavor Grenades have been displayed at the stands lately, and at Top Notch Produce, mango-flavored nectarines and white peaches have been replaced by Asian pears and green grapes. Other stands that have been solely featuring samples of drupes are now offering Fuji and Gala apple chunks -- the avocado and cherimoya stand is even giving away free mini-apples to try. The boys at the stand where I get my favorite eggs (whose location I still won't reveal) have made it known that fall is really their season to shine as most stands sell similar fare to theirs during the summer months, so soon their tables will be overflowing with squash and lesser-known varieties of potatoes.

The reds, yellows, oranges, and sometimes purples of heirloom tomatoes have colored the market beautifully for a few weeks now, and today, I saw pumpkins at a couple stands. Maybe it was the relative emptiness of the pathways due to the Labor Day exodus, or the hazy glow that blanketed the skies from Station Fire overflow, but with the sighting of the pumpkins, tears nearly welled in my eyes and it really felt like fall was upon us. Sleepless nights and the futile search for the cold spot on a sweat-flecked pillow are still ahead for us, but at least we know where we can get a taste for turning leaves, billowy breezes, and crisp mornings. Apple pie will soon be made!!
3 comments: